You should ask your tour operator if a tour to Þórsmörk is included in your trip. Þórsmörk is both close and far. Both mainstreet and remote (high)land. 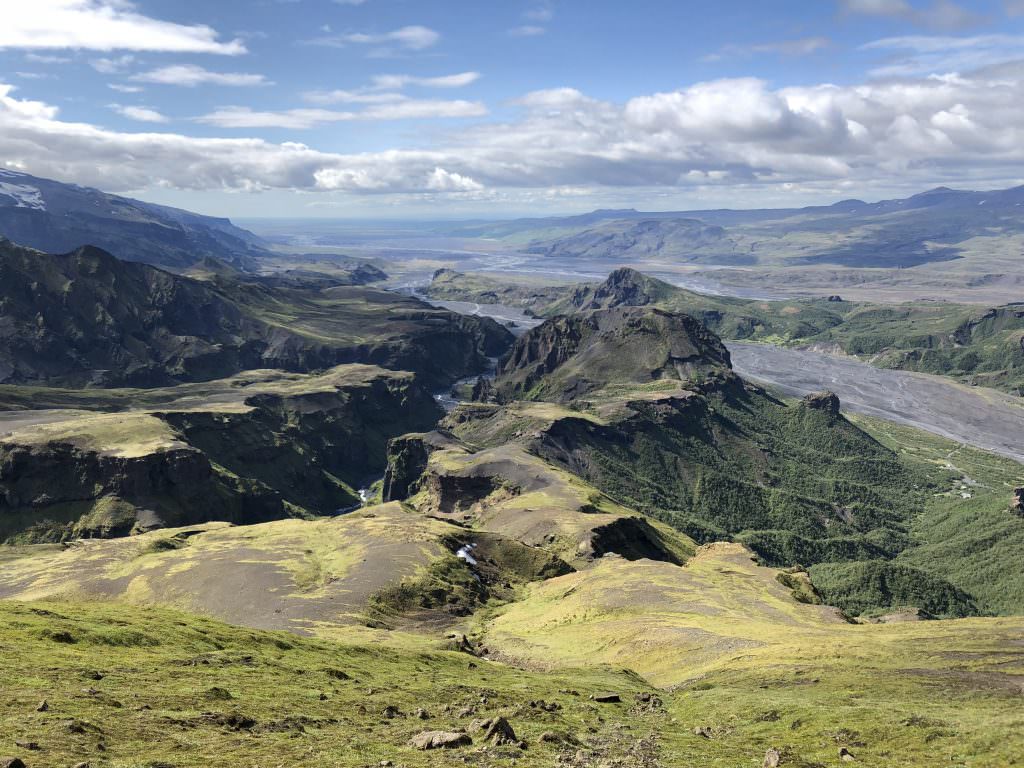 Þórsmörk, or Thorsmork if you like, is named after the god Thor (with the big hammar; the one that gave you the name of Thursday), meaning the field or land of Thor. It is a beautiful site located on the north side of the glacier Eyjafjallajökull, the one that erupted in 2010. To enter Þórsmörk you continue the gravel road (F249) that continues after Seljalandsfoss waterfall, to the north and then north-east. You need a 4WD vehicle, preferebly a modified one with bigger tires than normal, and higher. There are some rivers to cross on the way, none of them has a bridge.

There are a few sites on the way and in Þórsmörk that you shouldn´t miss.

Nauthúsagil is a narrow gorge with a river or a creek running through, one that enters the gorge where it cascades dow from the mountains above. 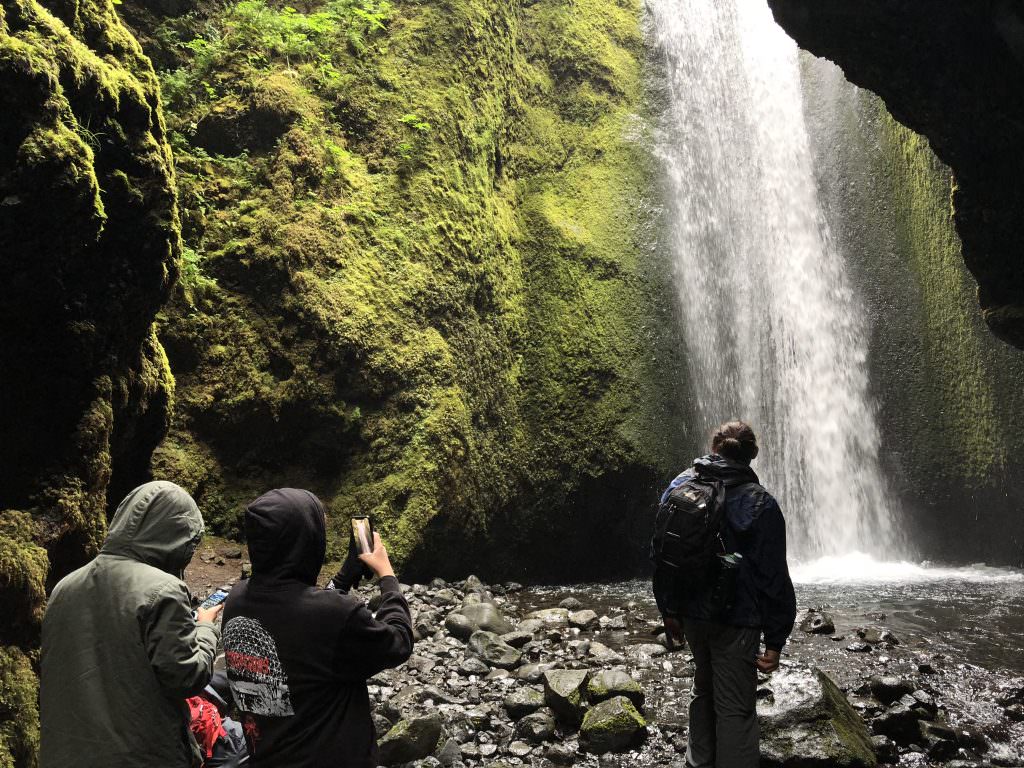 The gorge is now visible from the road, you have to know it to find it. You leave the car and enter it walking, and you´ll have to cross the river a few times, walking on stones or planks that have been left there for travellers. Eventually you come to a very small “waterfall”, 1-2 m high, and you have to step on stone to the other side and make your way “hanging” on the rocks with the help of a chain that has been attached to the rocks. 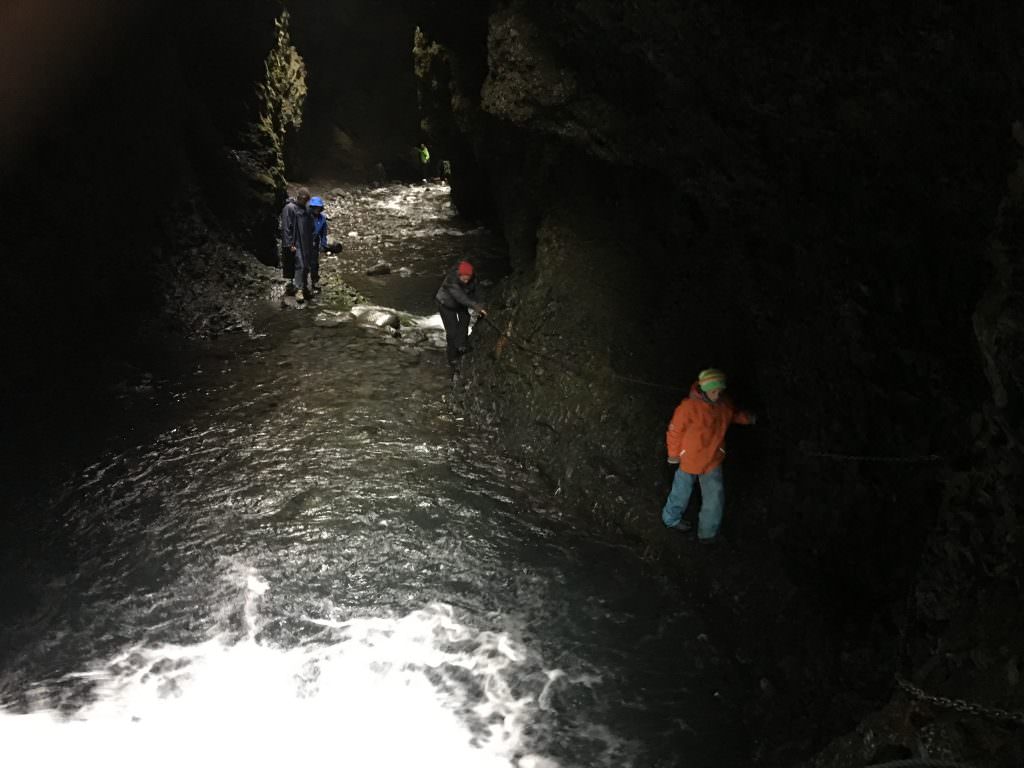 The challenge is whether you´ll return with your feed wet or dry! 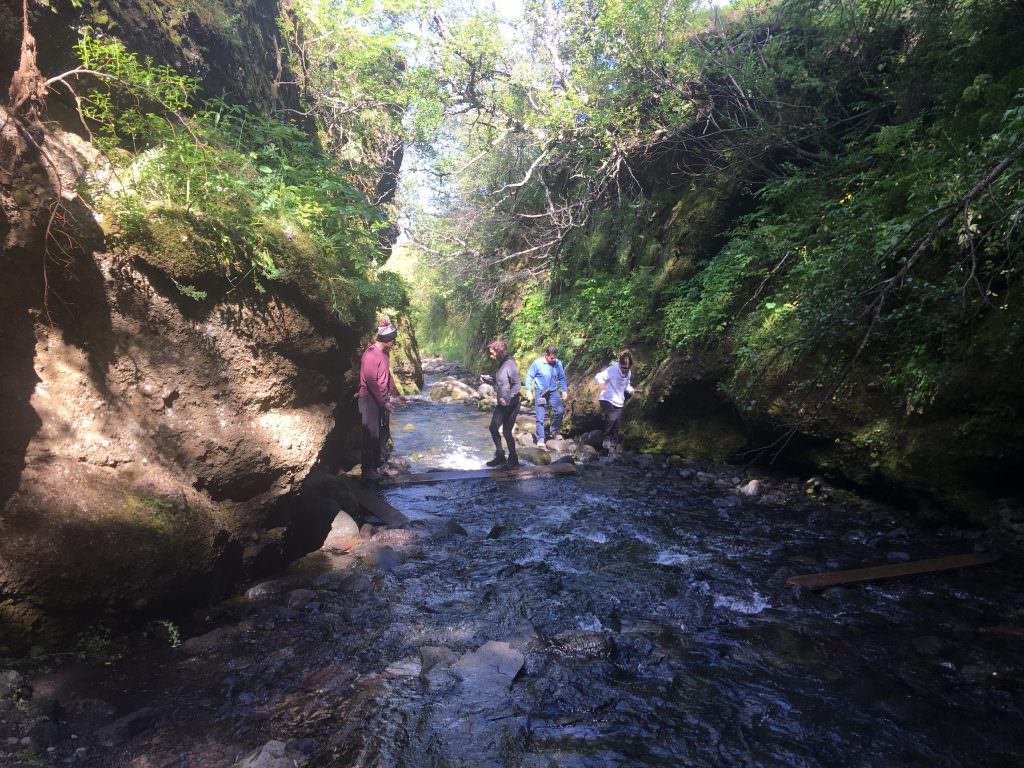 Stakkholtsgjá is a big canyon, also with a river running through it. It is spectacular and it appears several times in The Game of Thrones. 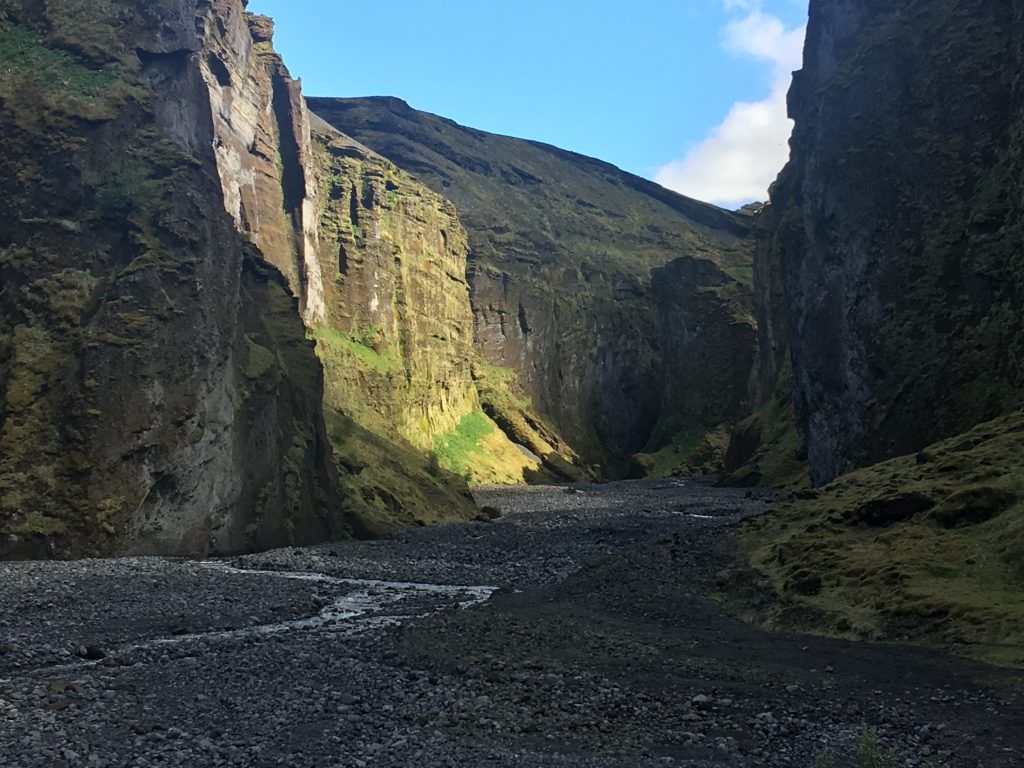 Gígjökull is one of Eyjafjallajökull’s outlet glaciers and like all outlet glaciers it has created a lagoon inside the glacial morains in front of it. This lagoon filled with water in the 2010 eruption leading to the morein to brake and causing a massive floodings in the whold of Þórsmörk. The glacier lagoon emptied allowing us now to enter it in super jeep by the opening and driving towards the glacier itself. 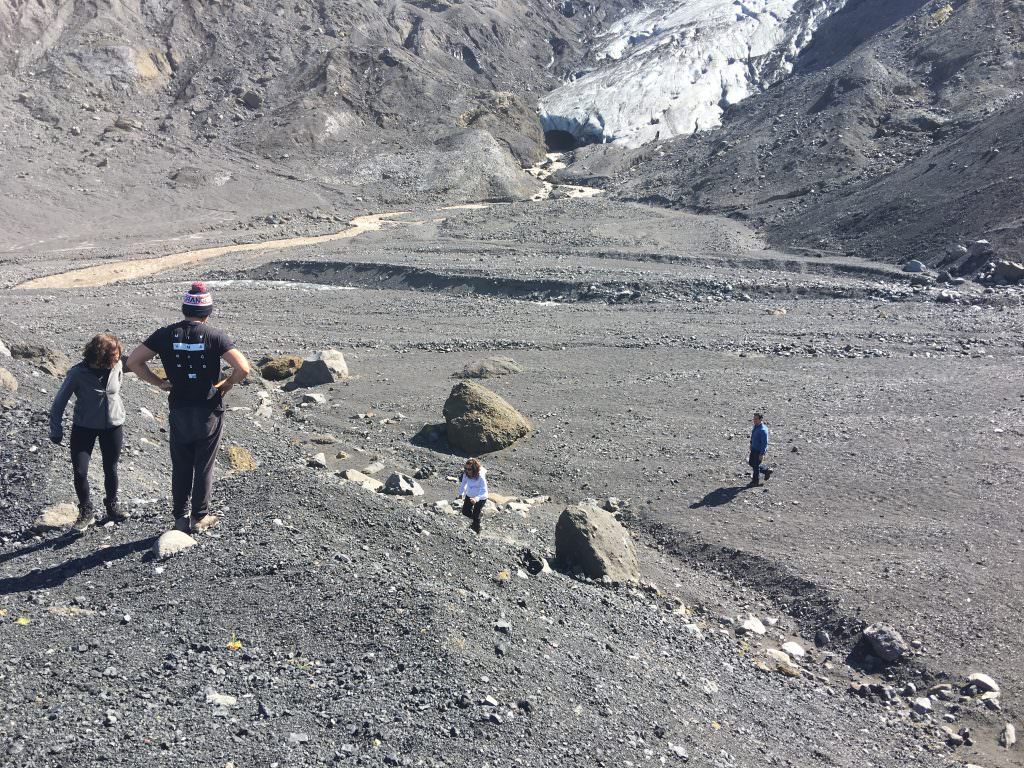 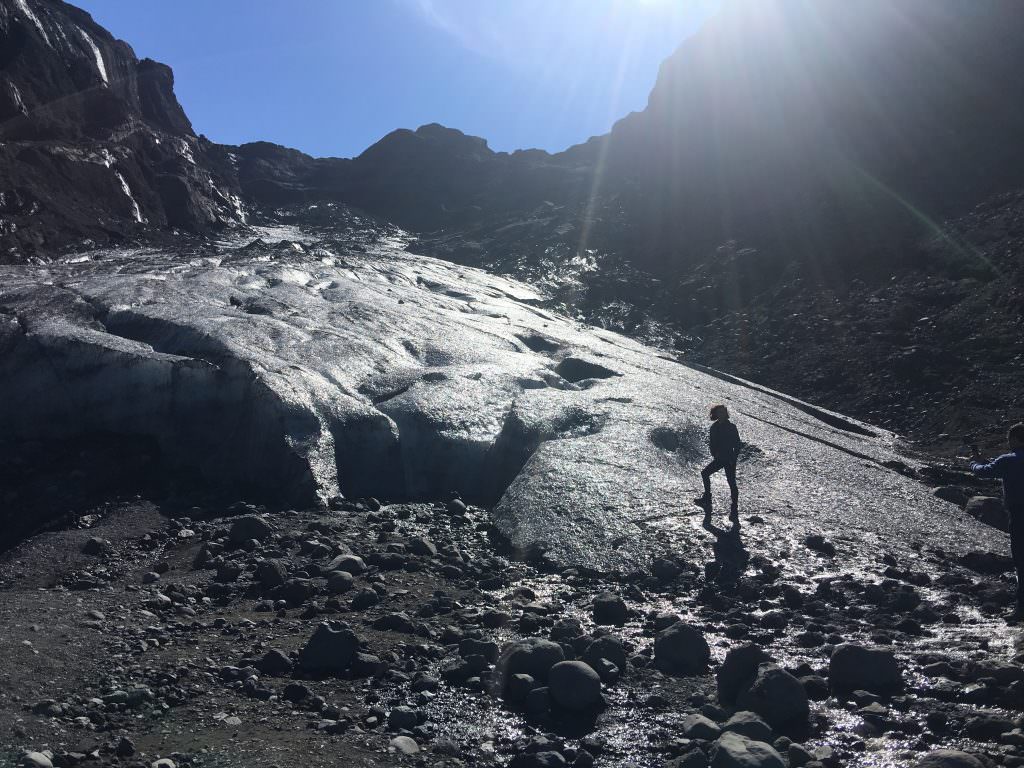 After visiting the empty glacial lagoon you continue towards the Mýrdalsjökull glacier and eventually you come to the Básar huts where you can ejoy a good lunch, use bathrooms and relax. Básar is also the starting point if you want to hike to the Útigönguhöfði mountain (805 m). 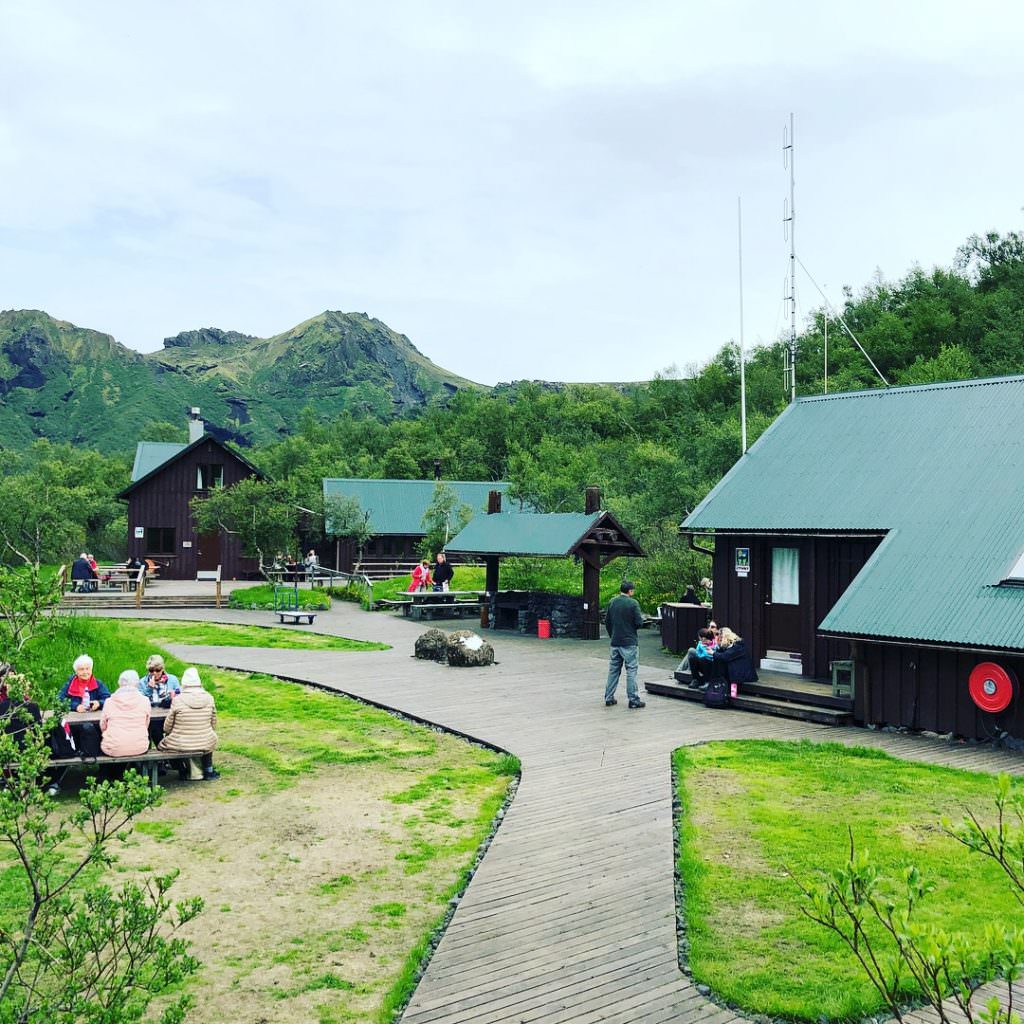 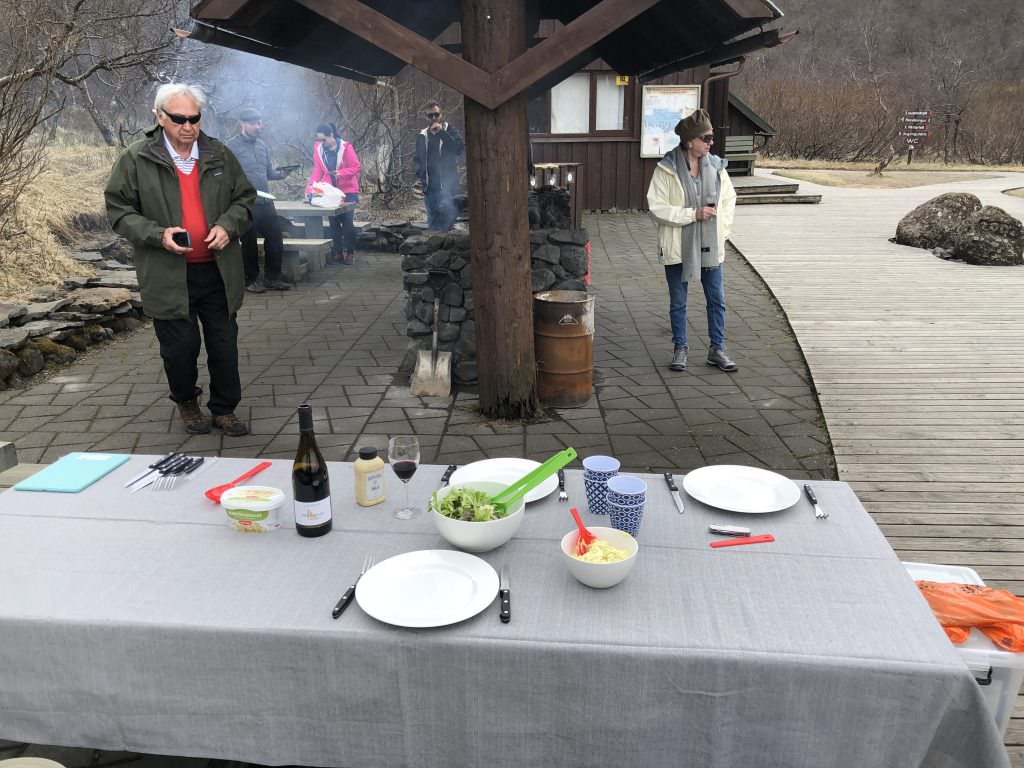 The main river in Þórsmörk is Krossá river. It can be very volumous, especialli in spring when the glacier melt more than normally. No unexperienced driver should do an attempt to cross the Krossá river. There have been serious accidents in Krossá and other rivers along the road to Þórsmörk. 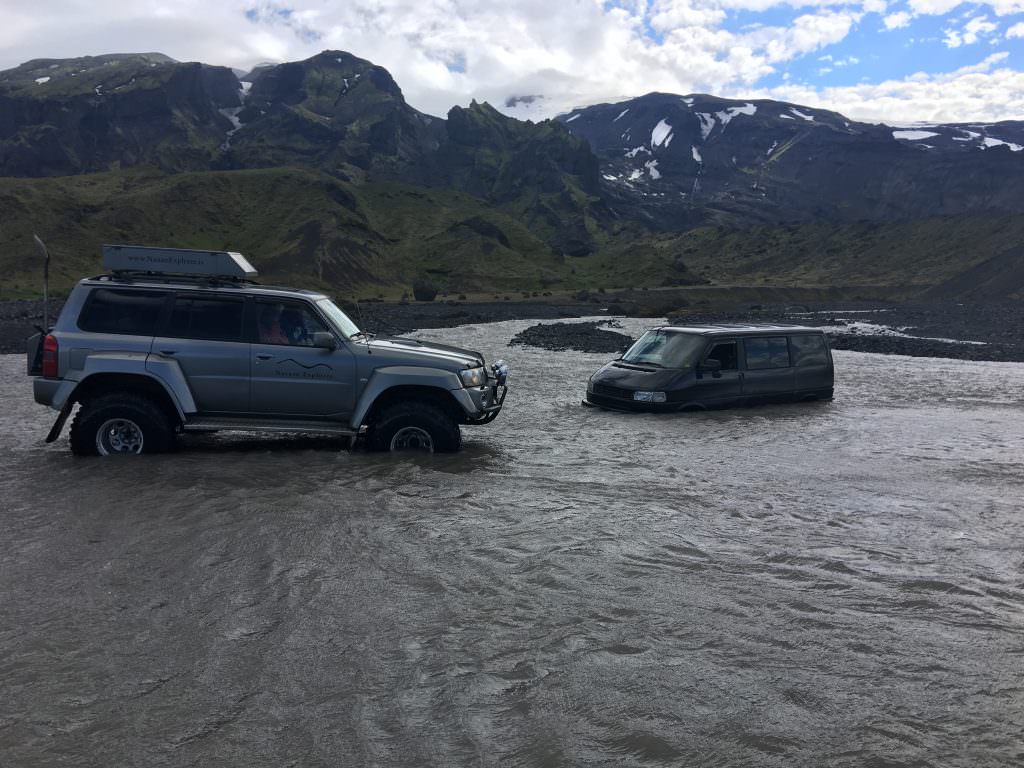 A nice addition to the trip to Þórsmörk is to walk from Húsadalur to the hut in Langidalur, if you´re travelling with someone on a big enough SUV that can cross the Krossá river.

We design the exclusive private tour for you.