The secret circle is an interesting alternative to the Golden Circle where you‘ll be able to avoid the crowds and experience places rarely visited by other tourists.

The Secret Circle tour takes you to the valley of Þjórsárdalur, where we’ll stop at Hjálparfoss and Gjáin, from there we’ll head to Háifoss (The high waterfall). We then continue towards Gullfoss (the golden waterfall) which you’ll see from the other side, where only a few people go.

We start the tour by driving to the south coast, passing the towns of Hveragerði and Selfoss and towards the Þjórsárdalur valley. We´ll stop at the Hjálparfoss waterfall and from there we continue to Gjáin, a beautiful rift. We continue towards the Háifoss waterfall, we´ll pass the geothermal power stations in this area. 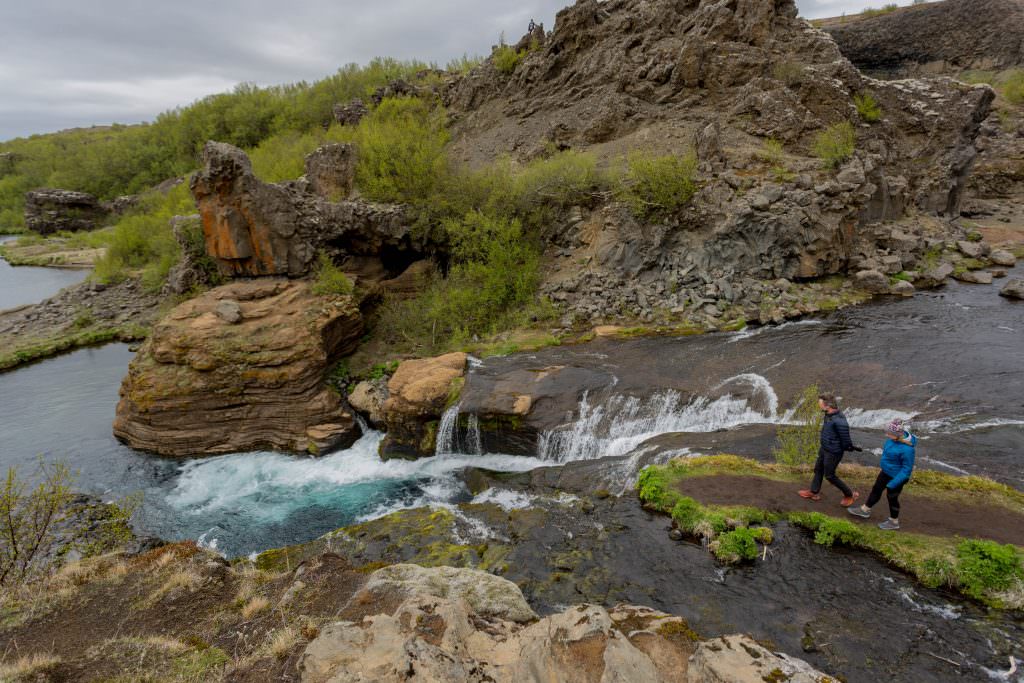 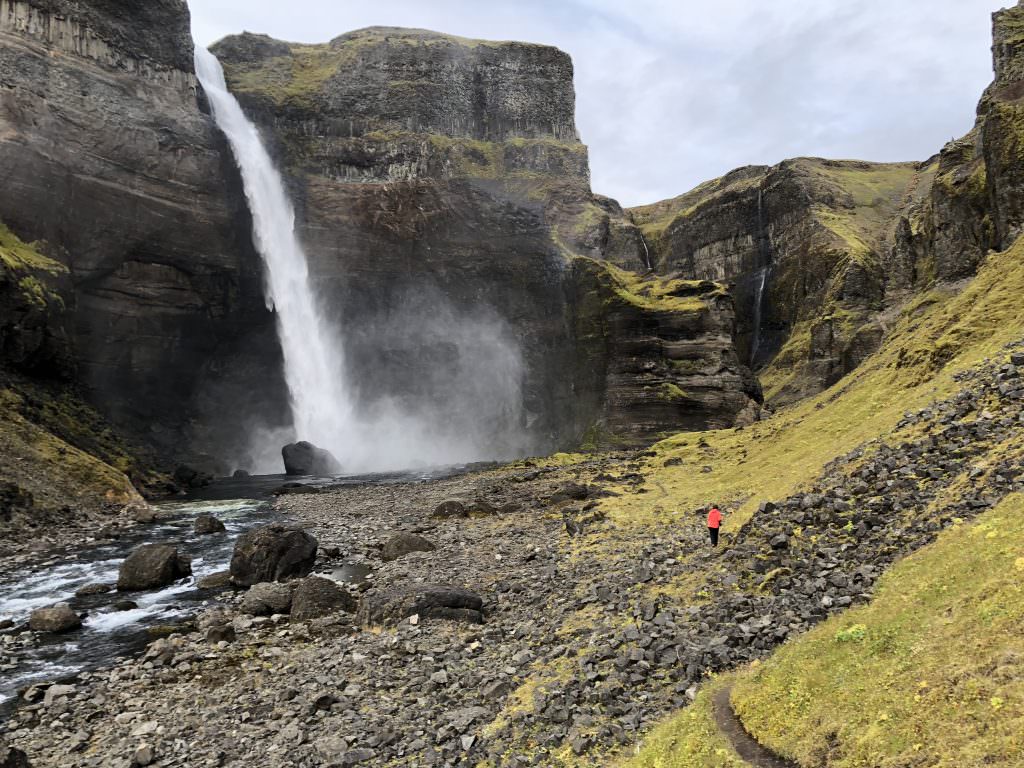 We‘ll return from Háifoss and drive back to Þjórsárdalur valley and towards Gullfoss waterfall. The road we’ll drive leads to the highlands where few people go. In order to see Gullfoss, we’ll have to walk 15 minutes, we’ll arrive on the east side of the river Hvítá. This allows you to oversee the magnificent waterfall from a different perspective 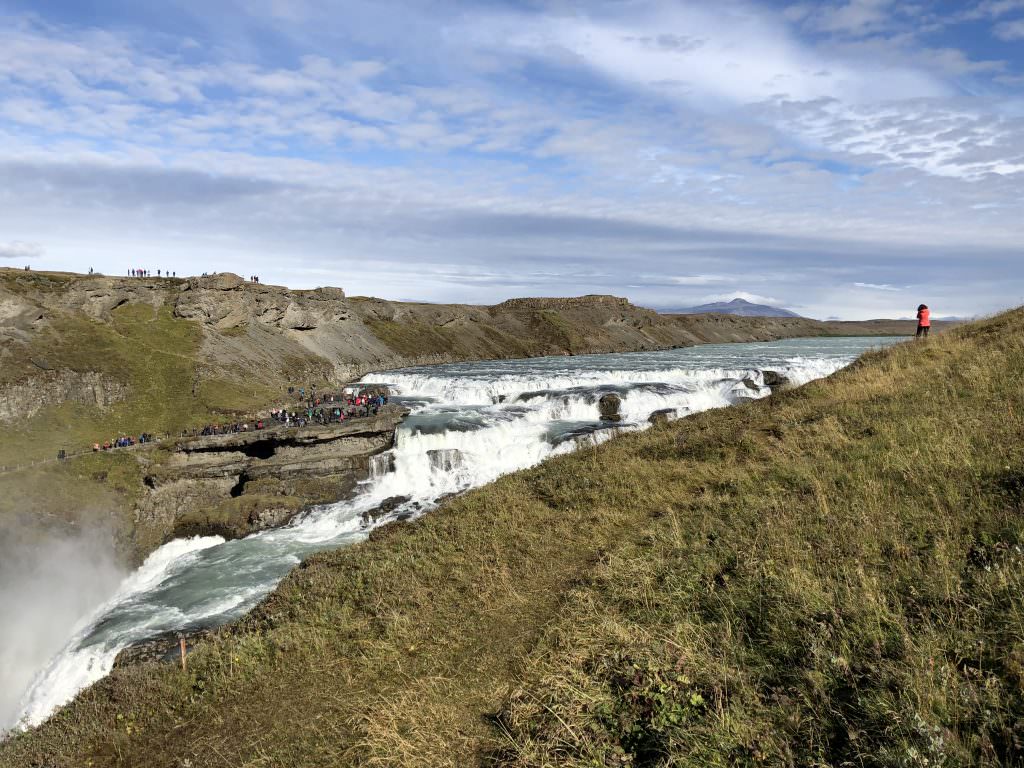 THE GULLFOSS WATERFALL FROM THE OTHER SIDE

From Gullfoss, we cross the Hvítá river (white river) and visit Geysir on our way to Thingvellir National park.

Geysir, the geothermal hot spring, or spout, is the one and only, one that gave the word Geysir (or Geyser) to Icelandic and other languages. It doesn´t erupt anymore, the last time it erupted was in 1986 and it was provoked by pouring a lot of soap into it. Now we watch his little brother, Strokkur, erupt every 8-10 minutes.

After enjoying the Geysir area we continue towards the Þingvellir (Thingvellir) National Park where the national Parliament, Althingi, was founded by the settlers from Norway in year 930. We will see and discuss why the settlers chose this site for the parliament and we´ll stand on the same spot where the Speaker was standing when he addressed the crowd in front of him.

Þingvellir is also unique for the reason that you can see the two tectonic plates glide away from each other, the American one and the Eurasian one, the American moving to the west and the other one to the east. 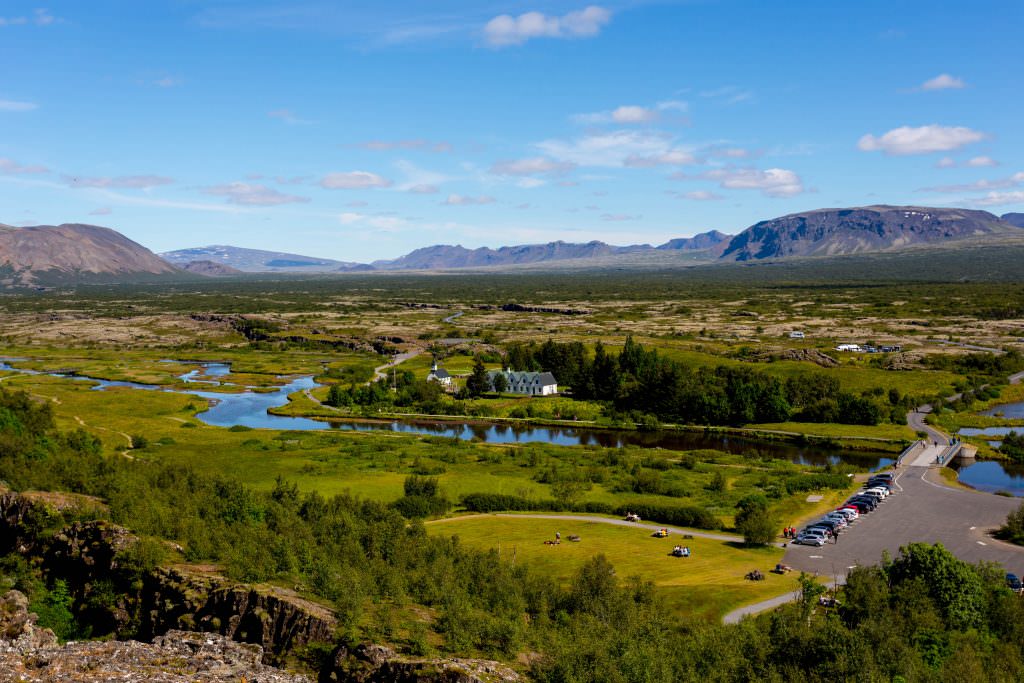 From Þingvellir there is only a 30-40 min drive to your accommodation in Reykjavík.