Should I drive, or take a tour?

As a Brit, who is used to driving on the other side of the road, I was happy to be driven around Iceland on my first visit, not just because I was, quite frankly, terrified of driving on the right hand side of the road, but also because being a passenger allowed me to spend to whole time looking out of the window — since there’s a lot of landscape over here with the wow factor, there’s plenty to goggle at too. Even now, although I’m an experienced driver, with an advanced license, given the choice, I’d still prefer the option of being driven — especially if it’s in a super-bouncy super jeep.

Before you commit to hiring a car, ask yourself this question: Would you prefer to be driven around Iceland by an experienced resident who holds an advanced driving license, or to be driven by a non-experienced driver without an advance license? I know what my answer would be. 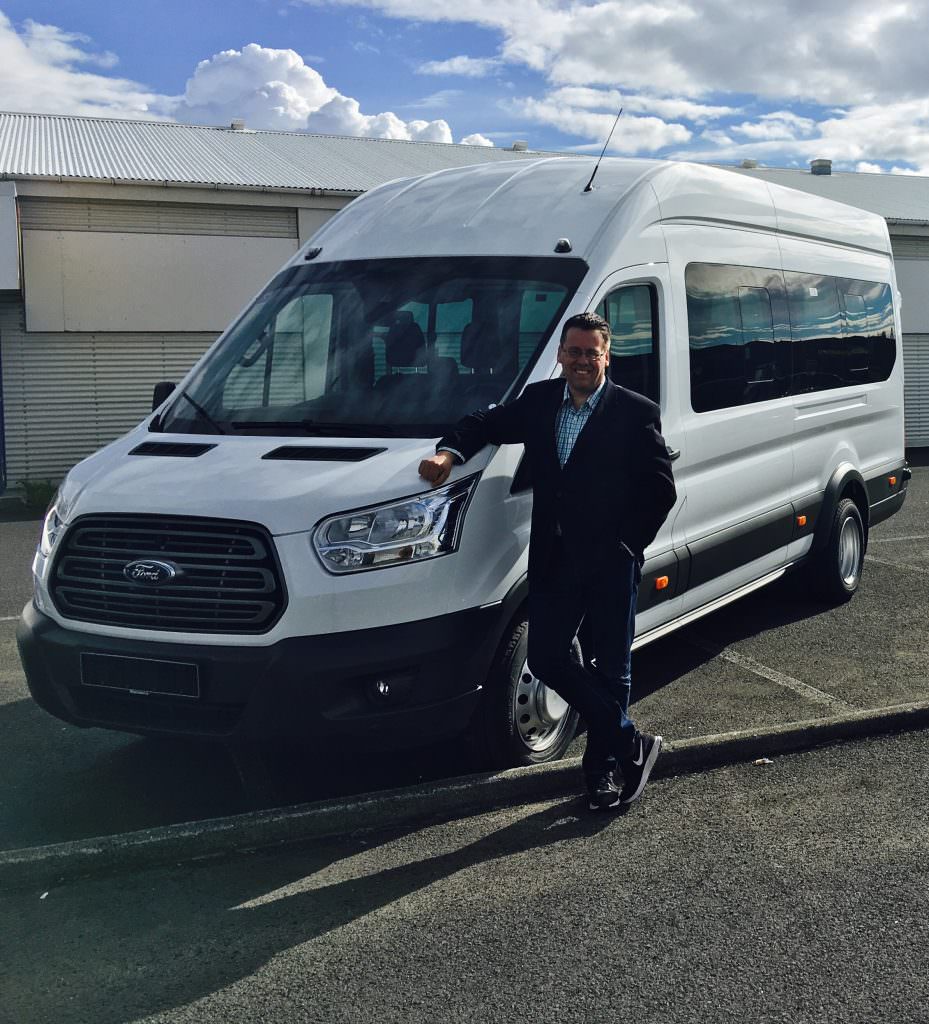 If you are set on driving yourself though it’s definitely paramount that you get acquainted with the driving rules first: they will not only help keep you safe and sound, but also free from expensive fines!

In Iceland you drive on the right-hand side of the road and overtake on the left. An important note (from my own experience) on overtaking on the main country road (Rte 1 or the Ring Road): be especially cautious when overtaking drivers who are approaching a left turn-off, I’ve seen a few near misses when those slow-driving cars (probably driving slow while looking for the turn off) suddenly decide to turn left without indicating first, just as someone else is taking over them.

The general speed limit is 30-50 km/hour in populated areas, 80 km/hour on gravel roads in rural areas and 90 km/hour on paved country roads. 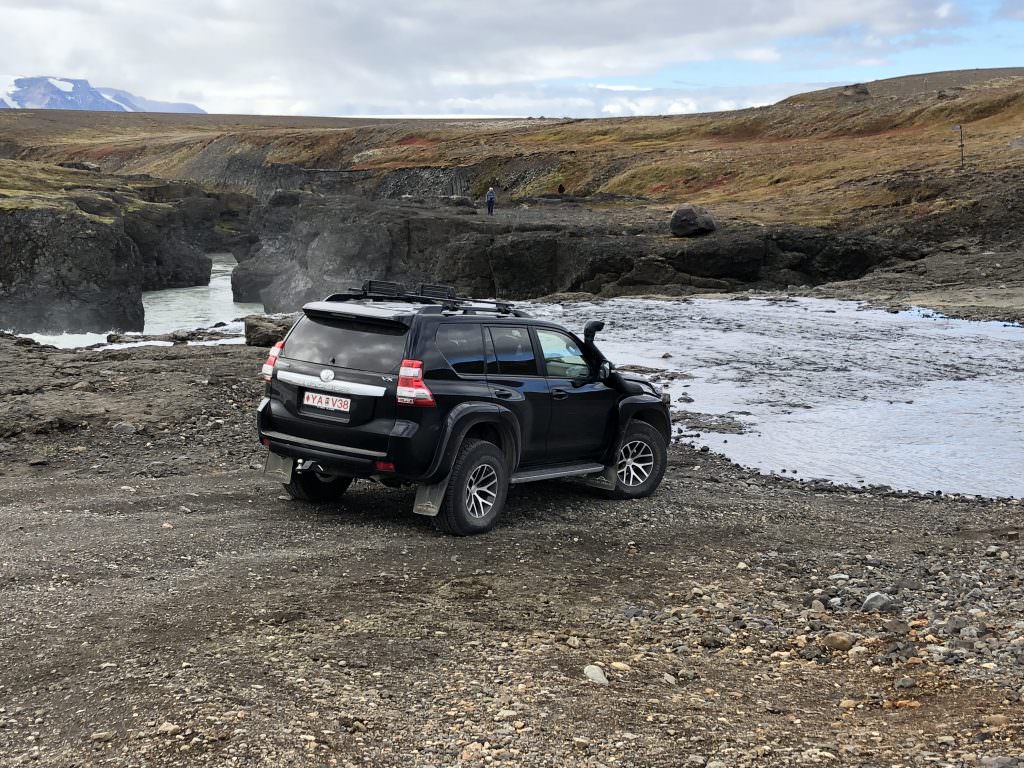 Crossing one of the rivers

Car headlights must be switched on at all times, day or night, when driving in Iceland.

The use of mobile phones while driving is prohibited.

Drinking any amount of alcohol is illegal in Iceland, even if it is acceptable in your own country to have a small glass of wine or beer, in Iceland it is forbidden! The minimum punishment for a first offence is a fine of at least 100.000 ISK (that’s around 675 pounds/$880).

Off-road driving is illegal, so don’t even think about it!

During the winter months cars must be fitted with winter tyres.

Driving around the Ring Road (Rte.1) in Iceland is a popular way to experience all those well-photographed wonders of nature, but there are a few things you should be aware of before you set off:

Weather & driving conditions — One of the major hazards of driving in Iceland is the erratic weather, so drivers should always check the forecast and driving conditions before heading out by visiting the Icelandic Road & Costal Administration’s website or calling them on: 1777

Road conditions — The ring road extends in a single carriageway, with two traffic lanes, one in each direction, around the entire coast of Iceland with a total length of around 1400 kilometres (906 miles): it may expand with more lanes when the road passes through larger towns and cities. Although the majority of the roads are paved and well maintained, you may hit a stretch of unpaved gravel road here and there, especially when driving in the east.

Unpaved roads —Extra caution must be taken when driving on any unpaved gravel roads, usually called F roads. Although speciality vehicles are not necessary to drive on Iceland’s main Ring Road (Rte.1) specially-adapted 4x4s are needed for those who wish to explore Iceland’s interior highland roads — note that these roads are only accessible during summer. 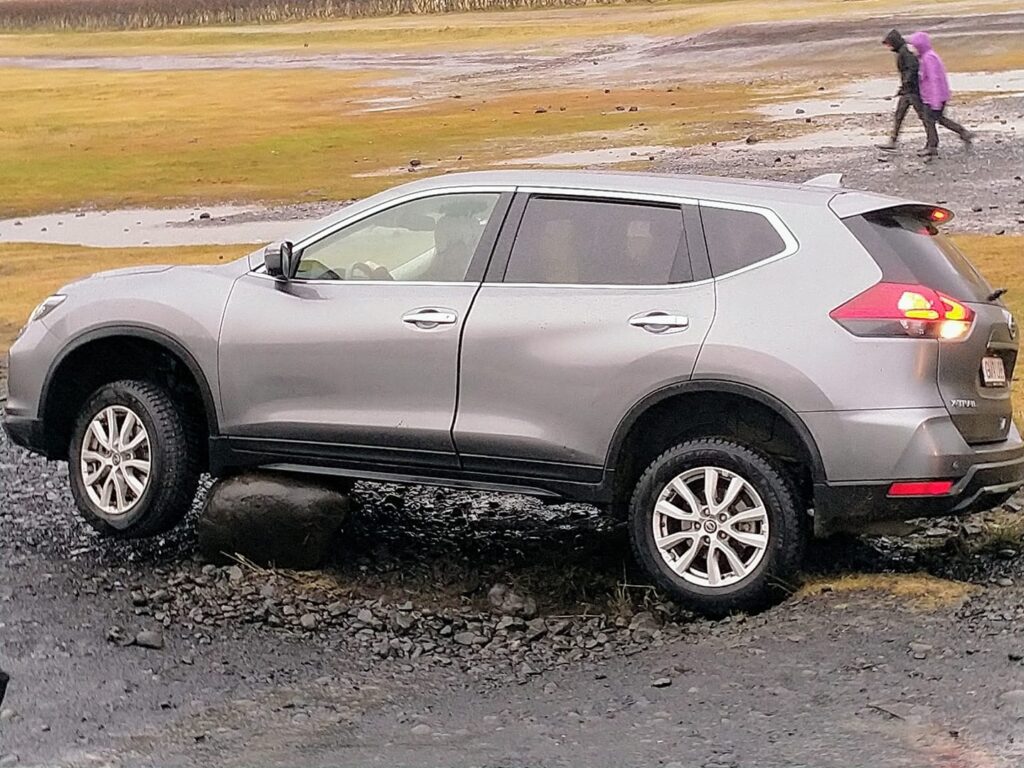 Small bridges are often single lane so drivers should be cautious of oncoming traffic before crossing. The car closest to the bridge has the right of way.

Distractions — When driving in the Icelandic countryside it’s very easy to get distracted by the gorgeous surroundings! No matter how beautiful something is don’t let it draw you from your driving. When you see something to make your eyes pop and your jaws drop, which you most certainly will, find a safe place to park and give the attraction your undivided attention instead.

Random sheep (summer) — Another reason to watch your speed is to avoid an unnecessary ovine tradegy. During the summertime sheep roam around freely, often hanging out on the comparatively-traffic-free roads licking up the salt. When cars approach, every now and then, the lambs can get startled and run in one direction, then suddenly change their minds and run in another; the rams tend to take their time getting out of your way and can sometimes just stand and stare at you with utter contempt for having disturbed their peace, before sauntering off as slowly as possible.

Arctic Terns — If you’re driving in the countryside during the months of June and July note that you may be subject to a unprovoked attack from a bunch of angry Arctic Terns or Kría, who are particularly aggressive during their nesting period.

Flying stones  — Watch out for flying stones, usually cast up by oncoming or overtaking traffic: more common when driving on gravel roads.

Sand & ash — Sand and ash whipped up in the wind can literally strip the paint off your car and the money from your wallet. If you’re hiring a car make sure you’re covered for sand and ash damage by asking for SAAP insurance (sand & ash protection).

Glare — With the low lying arctic sun in winter and midnight sun in the summer, having a pair of shades is simply essential.

Other drivers — It’s worth pointing out that although the majority of drivers here are responsible, there exists a minority of impatient drivers  who just don’t seem to know what an indicator is for. It’s also common to see some people talking on the phone whilst driving, and the occasional aggressive speeder or tailgater. Forewarned is forearmed, as they say, so be aware, and don’t let these few law-breakers (I have my own colourful collection of words for these people) put you off driving or let them influence you in any way.

So! Be smart, invest a few extra quid in a SAAP insurance and a ‘Collision Damage Waiver’, and once again, seek information on weather and road conditions before your trip, this is especially important during the winter season. If you’re careful, respect speed limits and other traffic regulations in Iceland you’re likely to have a great time, a safe trip and no nasty fines.

The safest way is to book a trip with a reliable company like Glacial Experience.